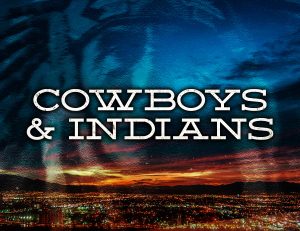 Cowboys and Indians is an explosive action packed drama suspense film that explores a small tribe’s struggle to evolve from a tiny bingo hall to a sprawling casino under the desert sun between L.A. and Vegas.

A whirlwind of Native American folklore, emotions and stories colliding in this modern day version of the wild Wild West. A dynamic struggle of opposing forces that involve rival casino owners, local tribal gangsters, the Mob and the FBI…with this casino at its dead center. As the stakes get higher, so do the perils of love and deception. Greed soon replaces honor and loyalty…human life is sacrificed for money and power. The last man standing gets the winning hand. 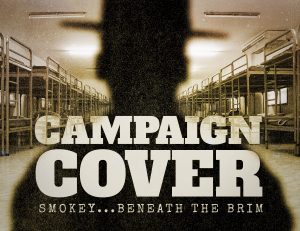 Smokey… Beneath the Brim

This feature is a military/war and political suspense dramatic thriller that also reflects many of the patriotic and controversial techniques and methodology that is used to train the men and women of our military.

The story is focused on a fleet marine who served heroically in Iraq, Afghanistan and all over the Middle East. This special forces recon Marine was dismayed at the lack of integrity and honor that he observed in drill instructors. Their negligent and ignorant ways caused them to fail at turning out effective and morally secure Marines.

He has surmised that the problem is stemming from the leaders that are training those drill instructors and therefore, causing the lack of discipline and integrity that’s damaging the efficiency of all marines that are fresh out of Boot Camp, so these newly trained Marines, through a systemic lack of honor, integrity and discipline, have created the imperfect warrior prototype.

The inciting incident that pushes this narrative forward is when our protagonist has to confront the fact that someone close is assaulted on base by one of these undisciplined Marines. This propels him into action to solve this dilemma, while also questioning if he’s done any good at all. 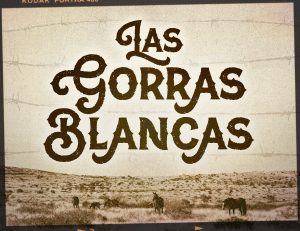 Las Gorras Blancas is a period 4 part series that is historically accurate, while also being an action adventure dramatic thriller from a time in America’s history, that has never before been chronicled on screen.

Set against the backdrop of the gold rush in the prologue of America’s bloody history, we see a group of Mexicans that fought alongside white settlers in the Texas Mexican war being later discriminated against by those same settlers. Another group of Mexican Americans combat entitled white settlers that squatted on their land lynching 300 Mexican Americans in a horrible display of white supremacy that the history books somehow ignored. We then see an uprising of a group of angry and rebellious Mexican American men, who must protect their property and their families, so they don the white hoods of vengeance and justice to combat these white settlers…. cutting their barbwire, burning their barns and scattering their cattle, thus creating the kind of resistance that was required for their survival.

This Four part miniseries reveals a frightening parallel to the current 2020 racial injustice(s) that is raging as we speak, and provides an important aspect of our country’s history that many people are completely unaware of. 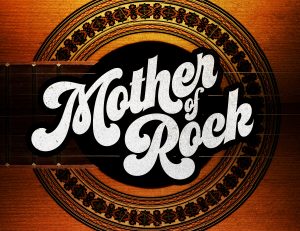 Mother of Rock is a period/historical musician biopic combined with a revolutionary political thriller.

Set in America in the anti-Vietnam 60s movement, it then takes that same political activism to Ecuador, a Third World country where our protagonist, Pancho Jaime writes satirical content in a periodical that he established. Content that embodied the spirit of freedom and power to the people … and hopefully, the demise of war. We learn that he was also a talented musician, who was known for fathering rock ‘n’ roll in Ecuador during a time that was frowned upon by conservative Catholic Ways of the country. Pancho was, and is a fascinating character, who combined the world of rock with political revolution and this not only expanded his notoriety, but Unfortunately and ultimately ended up resulting in his assasination.

Throughout the journey of the film we see him as an entrepreneur, owning and managing a club, a few restaurants and more importantly, the father to two young girls. Thus we experience a groundbreaking and inspirational historical character that until now, has never been revealed or established for the cultural importance that he manifested. Pancho Jaime was loved by thousands, leaving a living legend to this day. Still worshiped as a founder of rock ‘n’ roll in Ecuador, and celebrated and studied as a truly unique political revolutionary.

This Four part miniseries reveals a frightening parallel to the current 2020 racial injustice(s) that is raging as we speak, and provides an important aspect of our country’s history that many people are completely unaware of. 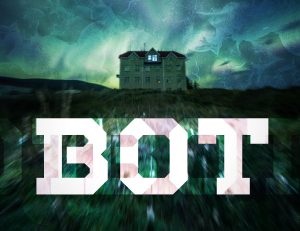 Bot is a suspenseful horror, sci-fi supernatural thriller where we encounter an Alexa-like device that is possibly being possessed by supernatural forces and torments a man through his life, in a creepy and potentially Satanic cult scenario in Rosarito, MX. We see an out of control android that seems to want to kill the owner of this obscure and potentially evil house.

What unfolds is a mystery ignited by an AI’s jealousy. Our protagonist is trying to figure out why he is being attacked from every direction and from every device without truly understanding where the malevolence is coming from. 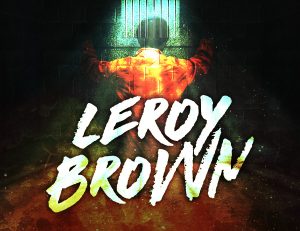 Leroy Brown is a prison psychological and dramatic thriller, where we are drawn into a world where we observe prisoners, on a 24 hour lockdown, but they can’t see each other, but are able to hear each other‘s voices…

We focus on an inmate, our protagonist, that gets close to his new found friend Leroy, that ultimately Is not what or who he appears to be, and to make it worse, all of the other inmates are aware of this lie, but keep this from him inevitably turning his world upside down.

It is an exciting and intense mystery that is full of suspense, because what’s happening in the general populace where inmates are walking around freely is intrinsically interconnected to the inmates that exist in this facility that is locked down. We get a very realistic and organic story of a man who appreciates the deception and importance of acknowledging and accepting this relationship… and how that interaction has impacted their life.

Whether you are an artist, a company, or an individual — you have a story to tell

We work with multiple film and television genres

Whether you are an artist, a company, or an individual — you have a story to tell

We work with multiple film and television genres